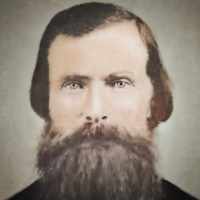 The Life Summary of Judson Lyman

Put your face in a costume from Judson Lyman's homelands.

Judson And Rhoda Stoddard's Jurney across the Plains.

This is a synopsis of the Brigham Young wagon train that crossed the plains in 1848. These are some of the words of Rhoda Chase Stoddard, and a summary of all the diaries and stories written by the pe …