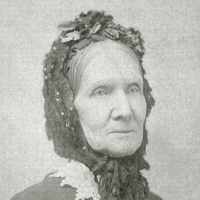 The Life Summary of Armela

Put your face in a costume from Armela's homelands.

Scottish (Lanarkshire): habitational name from an unidentified place in southern Scotland with a name in the plural form, presumably derived from Old Scots schank ‘hill spur’. Some have suggested Shank in Borthwick (Midlothian) or Culter Cleuch Shank in Crawford (Lanarkshire), with the unexplained addition of final -s, but these seem unlikely.English: variant of Shank with plural or post-medieval excrescent -s.

Armelia Shanks Berry was born January 24, 1804 in Lebanon, Wilson County Tennessee. She was the daughter of William and Armelia Williams Shanks. She was married February 8, 1820 to Jesse Woods Berry …