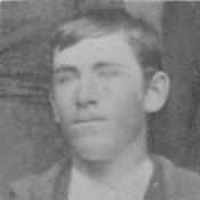 The Life Summary of Robert Madison

Put your face in a costume from Robert Madison's homelands.

Massacre of the Berrys

[From the book Our Pioneer Heritage, Lesson for Nov. 1964, Daughters of the Utah Pioneers, SLC, compiled by Kate B. Carter, chapter Blackhawk Indian War, pp. 204-206: Massacre of the Berrys.] Ro …