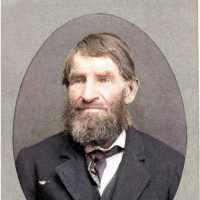 Arza Adams was born Jan. 22, 1804 in the District of Johnstown County of Leeds Township of Bastard, Canada. He was the oldest son of Joshua Adams and Elizabeth Chipman who were married in Augusta Cou …

Put your face in a costume from Arza Matson's homelands.