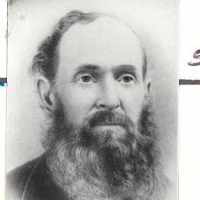 When William Greenwood was born on 7 August 1822, in Burnley, Lancashire, England, United Kingdom, his father, Robinson Greenwood, was 39 and his mother, Elizabeth Cryer, was 38. He married Alice Beardsworth Houghton on 29 May 1843, in Scott, Iowa, United States. They were the parents of at least 8 sons and 6 daughters. He lived in Whalley, Lancashire, England, United Kingdom in 1841. His occupation is listed as bookkeeper, notary public, surveyor of american fork in American Fork, Utah, Utah, United States. He died on 26 January 1891, in American Fork, Utah, Utah, United States, at the age of 68, and was buried in Salt Lake City, Salt Lake, Utah, United States.