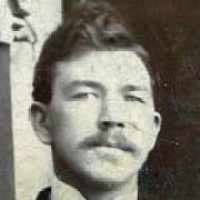 The Life Summary of Owen Levern

Put your face in a costume from Owen Levern's homelands.

The Stuff Life is Made Of

The Stuff Life is Made Of Owen Henry Barrus had a motto, “Don’t let your work get ahead of you; always keep ahead of your work!” He was a good organizer and a very hard worker. His day usually sta …