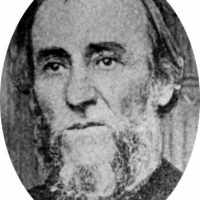 The Life Summary of William Samuel

Put your face in a costume from William Samuel's homelands.

William Samuel Phillips Great Great Grandfather of David S. Phillips William S. Phillips was born in Merthyr Tydfil, Wales on 1 June1815. He and his family joined the church in 1843. Following his b …