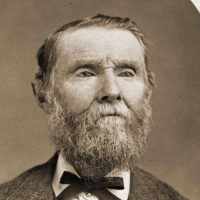 The Life Summary of Alvin Sheldon

Put your face in a costume from Alvin Sheldon's homelands.

She related some of her experiences in Nauvoo as follows: "I heard the Prophet Joseph Smith preach on many occasions. I saw and heard him when he made his farewell address to the Nauvoo Legion. I …