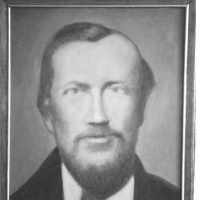 The Life Summary of Thomas Hill

Put your face in a costume from Thomas Hill's homelands.

In 1881, Thomas Hill Allsop began a Fireside and Genealogy Mission in Derbyshire, England. The parts of the diary that deal with his family history are recorded here. Most of the proselyting refere …