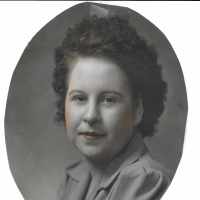 Put your face in a costume from Thelma Olene's homelands.

The Neutrality Acts were passed in response to the growing conflicts in Europe and Asia during the time leading up to World War II. The primary purpose was so the US wouldn't engage in any more foreign conflicts. Most of the Acts were repealed in 1941 when the Japanese attacked Pearl Harbor.
(1997: 110846;2007: 205976; 2010: 278297)English, Scottish, and German: patronymic from the personal name Peter . In North America, this surname has absorbed various cognates and their derivatives from other languages, e.g. Norwegian and Danish Pedersen and Pettersen and their Swedish cognates (see 2 below), Polish Piotrowicz , Slovenian Petrič, Petrovčič, and Petrovič (see Petric , Petrovic ).Americanized form (and a less common Swedish variant) of Swedish Petersson, a cognate of 1 above, and also of its variant Pettersson . Compare 1 above.