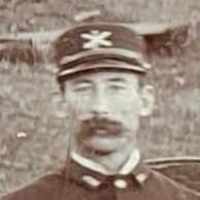 There is a write-up on David in the Logan City Journal on 22 August 1899, stating that he "enlisted June 30, 1898 at Logan. He was the only volunteer from Cache County to respond to the second call fo …