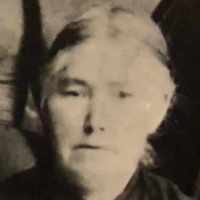 (1997: 452360;2007: 1093522; 2010: 1625252)English: variant of William , with genitival or post-medieval excrescent -s. This form of the surname is also common in Wales. In North America, this surname has also absorbed some cognates from other languages, such as Dutch Willems . Williams is the third most frequent surname in the US. It is also very common among African Americans and Native Americans.History: This surname was brought to North America from southern England and Wales independently by many different bearers from the 17th century onward. Roger Williams, born in London in 1603, came to MA in 1630, but the clergyman was banished from the colony for his criticism of the Puritan government; he fled to RI and founded Providence.

Alanson was born in New York. He and his family were Methodist. Around 1840 he heard about Joseph Smith and the Book of Mormon. Jan. 1843 Mormon missionaries came to their neighborhood. In Feb. Alanso …