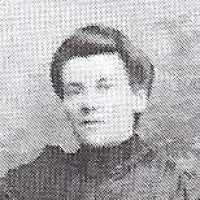 Put your face in a costume from Anna Wilhelmina's homelands.

A landmark decision of the U.S. Supreme Court upholding the constitutionality of racial segregation laws for public facilities if the segregated facilities were equal in quality. It's widely regarded as one of the worst decisions in U.S. Supreme Court history.
(1997: 46691;2007: 85665; 2010: 115679)Some characteristic forenames: Scandinavian Erik, Nels, Niels, Lars, Holger, Einer, Jorgen, Bent, Knud, Per, Ove, Morten.Danish, Norwegian, and North German: patronymic from the personal name Jens, a shortened form of Johannes (see John ). This is the most frequent surname in Denmark. In North America, this surname is also an altered form of the variant Jenssen . Compare Jenson 2 and Johnson .