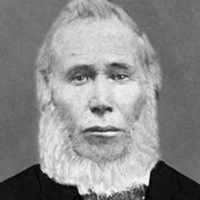 BIOGRAPHY OF MARGARET NAOMI PARK HOOVER. She was born May 13, 1858 in a pioneer home located on 6th South and 7th West, Provo. She was the daughter of John and Louisa Smith Park. Her father, John Park …