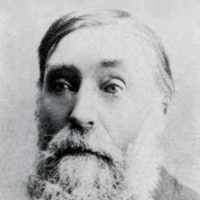 When John Willis was born on 22 January 1829, in Stebbing, Essex, England, United Kingdom, his father, John Willis, was 31 and his mother, Bridget Ann Chittock, was 28. He married Mary Ann Bloomfield on 18 March 1852, in West Walton, Norfolk, England, United Kingdom. They were the parents of at least 2 sons. He immigrated to New York, United States in 1864. He died on 16 March 1915, in Grantsville, Tooele, Utah, United States, at the age of 86, and was buried in Grantsville City Cemetery, Grantsville, Tooele, Utah, United States.

A short history of John Willis. He was born at Stebbing Essex, England Jan 22, 1828. His father’s names was John Willis born October 12, 1794 at Stebbing. His mother’s name was Bridget Ann Chitto …