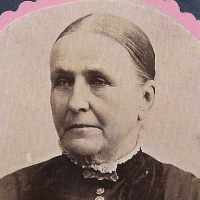 The Life Summary of Margaret Japp

When Margaret Japp Moffat was born on 23 January 1830, in Midlothian, Scotland, United Kingdom, her father, Joseph Moffat, was 23 and her mother, Elizabeth Moffat, was 27. She married Mark Haldane on 1 May 1853, in Prestonpans, Lothian, Scotland, United Kingdom. They were the parents of at least 2 daughters. She died on 14 October 1905, in Logan, Cache, Utah, United States, at the age of 75, and was buried in Logan Cemetery, Logan, Cache, Utah, United States.

Put your face in a costume from Margaret Japp's homelands.

My maternal grandfather James Adams, a son of George and Margaret Adams, was born in Craigha (Craighall) Scotland on March 9, 1831. They were noble people with firmness of purpose and implicit fai …