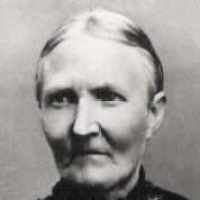 English: patronymic from the Middle English personal name T(h)om(me) (see Thom ) + -son ‘son of Tom’. Thomson is usually the Scottish form, that with the intrusive -p- being English. Both forms are common in Ireland. The surname Thompson is also very common among African Americans.

Sarah Thompson was born 19 March 1836 in Hull, Yorkshire, England. The daughter of George and Jane Goldthorpe Thompson. She had 2 brothers and 2 sisters. Charles died just before they left England …