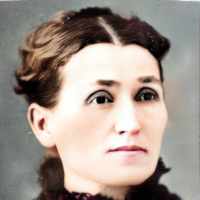 The Life Summary of Elizabeth Lucretia

Put your face in a costume from Elizabeth Lucretia's homelands.

Mormon Hollow and the Buckwalter Family

(Prepared by Ross McBride Buckwalter, October 28, 2013) The following is quoted from the article Edward Hunter: Generous Pioneer, Presiding Bishop which appeared in the July 2004 issue of Ensign magaz …