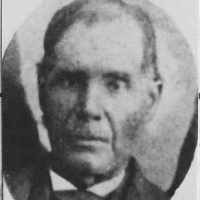 The Life Summary of Sidney Samuel

When Sidney Samuel Bailey was born on 21 May 1821, in Westport St Mary, Wiltshire, England, United Kingdom, his father, Samuel Bailey, was 46 and his mother, Elizabeth Vines, was 30. He married Harriet Vincent on 2 June 1846, in Llandaff, Glamorgan, Wales, United Kingdom. They were the parents of at least 1 son. He lived in Pottawattamie, Iowa, United States in 1850. He died on 6 March 1899, in Provo, Utah, Utah, United States, at the age of 77, and was buried in Provo, Utah, Utah, United States.

Put your face in a costume from Sidney Samuel's homelands.