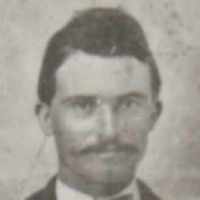 The Life Summary of Daniel Preston

Put your face in a costume from Daniel Preston's homelands.

(1997: 66813;2007: 143225; 2010: 195289)English: usually from the Middle English and Old French personal name Col(e), Coll(e), Coul(e), a pet form of Nicol (see Nichol and Nicholas ), a common personal name from the mid 13th century onward. English families with this name migrated to Scotland and to Ulster (especially Fermanagh).English: occasionally perhaps from a different (early) Middle English personal name Col, of native English or Scandinavian origin. Old English Cola was originally a nickname from Old English col ‘coal’ in the sense ‘coal-black (of hair), swarthy’ and is the probable source of most of the examples in Domesday Book. In the northern and eastern counties of England settled by Vikings in the 10th and 11th centuries, alternative sources are Old Norse Kolr and Koli (either from a nickname ‘the swarthy one’ or a short form of names in Kol-), and Old Norse Kollr (from a nickname, perhaps ‘the bald one’).

My grandmother Connie Cole was born the 12th of October 1885 in Victoria, Coffee County, Alabama to Daniel Preston Cole and Margaret Victoria Adeline Belle Zora Simmons. Her parents were converted to …