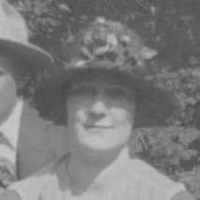 Put your face in a costume from Myrtle Elsie's homelands.

Like the Boy Scouts of America, The Girl Scouts is a youth organization for girls in the United States. Its purpose is to prepare girls to empower themselves and by acquiring practical skills.
English: of much discussed but uncertain origin.1. It may be from a medieval personal name, but if so the form is unclear. 2. Alternatively, it may be a nickname for a quarrelsome or deceitful person, from Middle English bar(r)et(t)e, bar(r)at ‘trouble’, ‘strife’, ‘deception’, ‘cheating’ (Old French barat ‘commerce’, ‘dealings’, a derivative of barater ‘to haggle’). It is possible that the original sense of barat survived unrecorded into Middle English as a word for a market trader; the Italian cognate Baratta has this sense. It could also be a nickname or metonymic occupational name from Old French barette ‘cap’, ‘bonnet’.