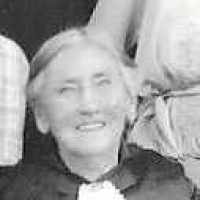 The Life Summary of Margaretta

Put your face in a costume from Margaretta's homelands.

Margaretta Lemon was born in Cass County, Indiana, October 4, 1839, the fourth child of Catharine Mayer and William McClure Lemon. Her parents had been born and reared in Pennsylvania, Cumberland …