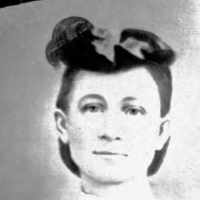 Ship Island was an important port for French Louisiana as it helped to establish the growth of the Gulf Coast. It is nicknamed “Plymouth Rock of the Gulf Coast.” Later it helped Union forces capture New Orleans and Mobile. Located there is Fort Massachusetts. In 1861, at the beginning of the Civil War, volunteers from Connecticut were sent there. It was used as a place for the POW Confederate soldiers. This area was important to the Battle of Vicksburg and General Sheridan’s victory at Cedar Creek.

English: variant of Lee .Scottish: shortened form of McClay .German: habitational name from any of the places so named, in the Rhineland near Koblenz and in Bavaria, from lay(h), a word meaning ‘stone, rock, slate’.

NOTE MANY INDIVIDUAL STORIES OF THESE INDIVIDUAL ANCESTORS UNDER MEMORIES ON FAMILYSEARCH: Samuel Lorenzo Howard 1840-1906, Bedford, Bedfordshire, England to Riverton, Salt Lake, Utah in 1856 with the …