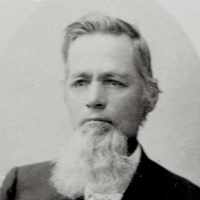 Americanized form of Italian Raimondo and German Raimund, cognates of 1 above. Compare Raimond .

A Sketch of the Life of Ann Holmes Burton

Ann Holmes was born 25 March 1826 at Grassington, Yorkshire, England. She was the daughter of Joseph and Elizabeth Clark Holmes, the fifth child and the fourth girl to be born to this couple. Her b …

Put your face in a costume from Grandison's homelands.