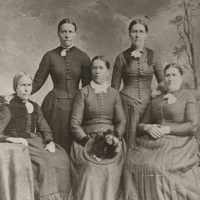 The Life Summary of Jane McGill

Put your face in a costume from Jane McGill's homelands.

The following information about Robert Lee Bybee is copied from the biography of his son Francis Marion "Frank" Bybee as found in the "History of Idaho" written by Hirum T. French and published in 191 …