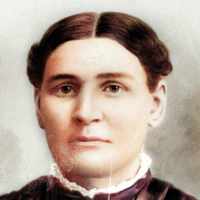 (Artist: Julie Rogers) Charlotte Turley was born 15 April 1840 in Nauvoo, Illinois, the 9th of 10 children born to Theodore and Frances Turley. She was described as a child having dark hair and blac …