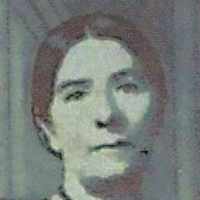 The Life Summary of Mary Bigg

Put your face in a costume from Mary Bigg's homelands.

English:topographic name for someone who lived by or looked after a dam or weir on a river (from Old English wær, wer, Middle English war(e), warre, wer(e), werre ‘weir’), or a habitational name from a place called with this word, such as Weare (Somerset), Weare Giffard (Devon), or Ware (Hertfordshire).topographic name for someone who lived by a horse pond or fish pond, from Anglo-Norman French, Middle English wayour, which became early modern English ware, wear.