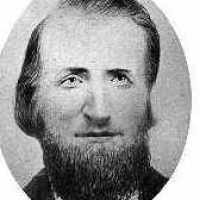 The Life Summary of Ezekiel Wells

Put your face in a costume from Ezekiel Wells's homelands.

LUCY: I am Lucy Elzada Hardy Cheney. Yes, I knew Joseph and Emma well. I even knew Joseph Smith’s mother. She had my same name-Lucy. Maybe that’s why she hired me when I was a young woman in Nauv …