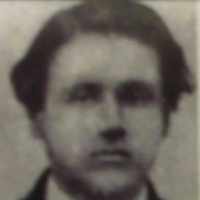 English (of Norman origin): from Old French pour Dieu ‘for God(‘s sake)’, from frequent use of this expression as an oath. See also Perdue .