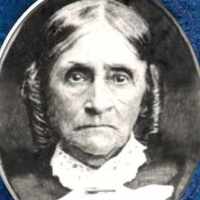 The Life Summary of Lydia Lidiard

Put your face in a costume from Lydia Lidiard's homelands.

“I did not expect to preside here this afternoon,” Bishop Abraham Marchant told the women of Peoa Ward. “But as the sisters have vacated their positions I accept it.” A year and a half had passed sin …