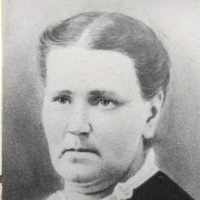 The Life Summary of Alice Beardsworth

When Alice Beardsworth Houghton was born on 8 May 1823, in Clayton Le Woods, Lancashire, England, United Kingdom, her father, William Houghton, was 33 and her mother, Alice Beardsworth, was 30. She married William Greenwood on 29 May 1843, in Scott, Iowa, United States. They were the parents of at least 8 sons and 6 daughters. She lived in Leyland, Lancashire, England, United Kingdom in 1841. She died on 13 November 1886, in American Fork, Utah, Utah, United States, at the age of 63, and was buried in American Fork, Utah, Utah, United States.

Put your face in a costume from Alice Beardsworth's homelands.

Alice Houghton Greenwood History The following letter was among those in the Relief Society Jubilee box opened in Provo in 1930, after being closed since 1880. It is written by the late Alice Gree …