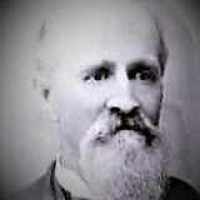 The Life Summary of John Calvin

Put your face in a costume from John Calvin's homelands.

English: of uncertain etymology. From the 16th to the 19th century, the English vocabulary word ensign denoted a junior rank of infantry officer, which may be the source of the surname.History: James Ensign (known as ‘the Puritan’) was born in Chilham, Kent,England, in 1606 and came to Hartford, CT, before 1644.