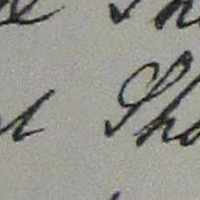 Harriet Shoell As the icy wind whipped against her emaciated body, Harriet age 31, wondered how much more she and her 18 year old sister Ellen, could endure. It had been two days since either of the …