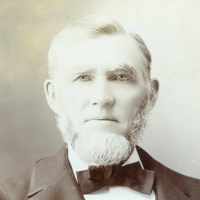 The Life Summary of Neal

Put your face in a costume from Neal's homelands.

Scottish: Anglicized form of Gaelic Mac Maoláin, a patronymic from the byname Maolán, a diminutive of maol ‘bald, tonsured’. In Scotland the usual form is Macmillan . Compare the Irish Anglicized form McMullan and Mullen 1.History: This is the name of a Scottish clan traditionally associated with lands in Knapdale, Argyll. Tradition has it that they are descended from a married priest or tonsured lay abbot called Gille Chriosd (‘servant of Christ’), who lived in the 12th century.

This history is from a black and red book titled LDS Family Records that was prepared by William Henry (Will) Blackmer. The book is 6"x9.5" in size. Neal McMillan was born in Scotland and Margaret M …