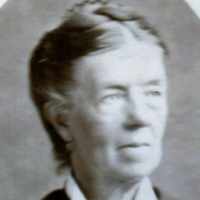 When Phoebe Forrester was born on 25 August 1820, in Stapleton, Cumberland, England, United Kingdom, her father, Joseph Forrester, was 45 and her mother, Elizabeth Forrester, was 41. She married Richard Benson on 30 June 1844, in Liverpool St Peter and St Nicholas, Liverpool, Lancashire, England. They were the parents of at least 6 sons and 4 daughters. She lived in Carlisle, Cumberland, England, United Kingdom in 1841 and Liverpool, Lancashire, England, United Kingdom in 1844. She died on 25 June 1904, in Parowan, Iron, Utah, United States, at the age of 83, and was buried in Parowan City Cemetery, Parowan, Iron, Utah, United States.