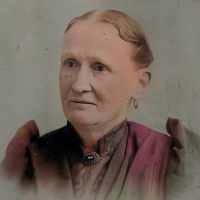 English (Yorkshire and Lancashire): habitational name from Crossley in Mirfield, Yorkshire, named from Old English cros ‘cross’ + lēah ‘woodland clearing’. Alternatively, a topographic name for someone who lived at a clearing with a cross, from Middle English cros + lei(e).

The Life of James Crossley And Wife, Mary Jarvis Compiled by Maurine A. Smith From essays by Sarah Crossley Sessions and daughter Hannah Sessions Burningham, with other data. Providence …