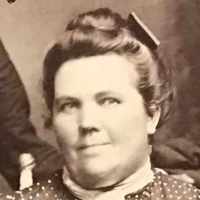 When Mary Ellen Burns was born on 12 April 1853, in Old Brampton, Derbyshire, England, United Kingdom, her father, Charles Burns, was 21 and her mother, Martha Fretwell, was 26. She married Edward Aaron Wherrett Tomlinson on 18 December 1871, in Salt Lake City, Salt Lake, Utah, United States. They were the parents of at least 5 sons and 4 daughters. She lived in Staveley, Derbyshire, England, United Kingdom in 1861 and Bountiful, Davis, Utah, United States in 1880. She died on 14 June 1913, in Magrath, Cardston, Alberta, Canada, at the age of 60.

Levi Harker, Canadian colonist and spiritual giant, had the perfect compliment in his wife, Martha Burns, to help him do so. Levi, born 16 April 1865, in Taylorsville, Utah to Joseph Harker and Susan …