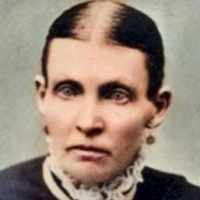 The Life Summary of Amanda Maria

Put your face in a costume from Amanda Maria's homelands.

English: habitational name from Hartshorne (Derbyshire), from Old English heort ‘hart, stag’ (genitive heortes) + horn ‘horn’, perhaps in reference to the nearby hill (known as Hart Hill) and its supposed resemblance to a hart's horn. Alternatively, the name may be topographic, from Middle English harteshorn ‘swine cress’, for someone who lived at or near an area where swine cress grew.