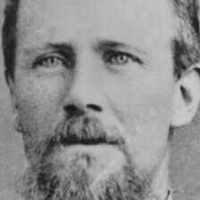 1 English: occupational name, variant of Sumpster (Middle English somester) with unrounding of /u/ to /ɪ/ before the nasal consonant. This is a post-medieval dialect feature of NW England and SW England, and perhaps also of the NW Midlands. Compare Simmers for Summers , Simnor for Sumner, Simpson for Sumsion .2 English: occupational name from Middle English semester (Old English sēamestre) ‘sewer, tailor, sempstress’. The medieval name is mostly borne by women, and as such may not have become hereditary, but there are also a few men so named. Compare Seamer .

This short history of John W. Simister was gathered together by his daughter Mrs. Margaret A. Simister Lee and was written in the interest of the Daughters of Utah Pioneers. Transcribed from original …