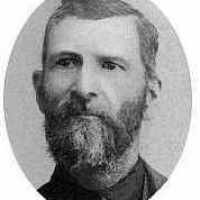 The Life Summary of Orrin Strong

Put your face in a costume from Orrin Strong's homelands.

Orrin Strong Lee was a lad of about fifteen years when his parents made the long, perilous trip across the plains, being employed during the trip in driving two teams of oxen and several cows. Their d …