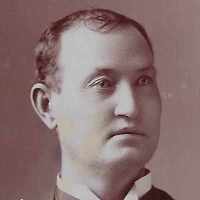 When Alma Millett Sr. was born on 22 September 1834, in Kirtland, Lake, Ohio, United States, his father, Artemus Millet, was 44 and his mother, Susanna Peters, was 29. He married Harriet Sylvania Beal on 12 May 1855, in Manti, Sanpete, Utah, United States. They were the parents of at least 2 sons and 2 daughters. He died on 21 April 1886, in Corralitos, Chihuahua, Chihuahua, Mexico, at the age of 51, and was buried in Colonia Juárez, Casas Grandes, Chihuahua, Mexico.

English: variant of Millet .Irish (Tipperary, Galway and Mayo): from Míolóid or its variant Méalóid, a byname based on Latin miles, militis ‘soldier’.

WILLIAM BEAL page 130-135 William Beal was the son of Abel Beal and Amy Franklin Beal and was the ninth child in a family of sixteen children, nine boys and seven girls. He was born 27 September, 180 …