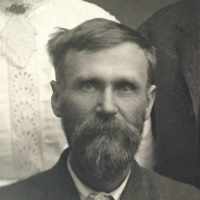 The Life Summary of John Inglefield

Put your face in a costume from John Inglefield's homelands.

John Inglefield /Hillier/ and Rosina /Rodwell/ married about 1853 in Middelsex, England. They had each converted to the LDS Church earlier. John had been baptized in 1848 at the age of 22. Rosina h …