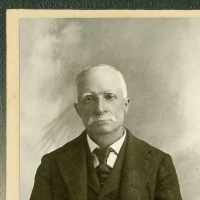 I have a life history of William John Larkin written by himself. There are 8 pages that are attached as photos.