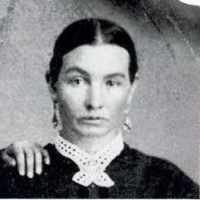 The Life Summary of Olive Diana

Put your face in a costume from Olive Diana's homelands.

LARSON H. A., farmer, son of Andrew and Christena E., was born in Denmark April 9, 1862. The family emigrated in March, 1864, crossing the plains in Capt. Abner Lowry's company, reaching Manti in Octo …