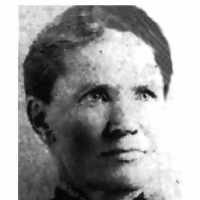 The Life Summary of Cecelia Marie

Put your face in a costume from Cecelia Marie's homelands.

JENSEN, BISHOP HANS, of Manti, son of Peter and Margaretta (Peterson), was born in Hals, Aalsborg, Denmark, June 24, 1829. In November, 1853, the parents, with their two boys, Hans and Lauritz, starte …