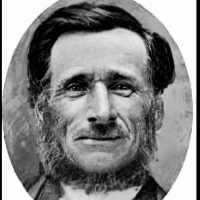 When James Laird was born on 25 December 1825, in Carrickfergus, County Antrim, Ireland, his father, Edward Laird, was 38 and his mother, Sarah Barr, was 30. He married Mary Ann Rennie on 20 August 1847, in Scotland, United Kingdom. They were the parents of at least 4 sons and 6 daughters. He lived in Irvine, Ayrshire, Scotland, United Kingdom in 1851. He died on 6 September 1884, in Mountain Dell, Salt Lake, Utah, United States, at the age of 58, and was buried in Salt Lake City Cemetery, Salt Lake City, Salt Lake, Utah, United States.

"This is a 30 page document written by James and Mary's granddaughter Sarah Winmill in 1955. It tells of their history joining the Church of Jesus Christ of Latter-day Saints and goes into detail of t …