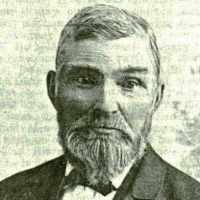 The Life Summary of Søren

When Søren Christophersen was born on 5 March 1819, in Sørbymagle, Antvorskov, Denmark, his father, Christopher Hansen, was 33 and his mother, Marie Kirstine Svensdatter, was 27. He married Ane Nielsdatter on 27 May 1842, in Sørbymagle, Antvorskov, Denmark. They were the parents of at least 5 sons. He immigrated to New York County, New York, United States in 1856 and lived in Sørbymagle, Vester Flakkebjerg, Sorø, Denmark for about 11 years. He died on 29 December 1894, in Manti, Sanpete, Utah, United States, at the age of 75, and was buried in Manti, Sanpete, Utah, United States.

Put your face in a costume from Søren's homelands.

Some characteristic forenames: German Wilhelm, Gerhart, Ilse, Kurt.Danish, Norwegian, and North German: patronymic from the personal name Christopher . In North America, this surname is also an altered form of the most common Norwegian (and also Danish) form Kristoffersen. Compare Christoffersen and Christopherson .

HANSEN, SOREN CHRISTOFFERSON, deceased, was one of the representative citizens of Manti. He was born in Denmark, March 5, 1819. In 1850 he came to Utah and located at Brigham City. In 1858 he came to …