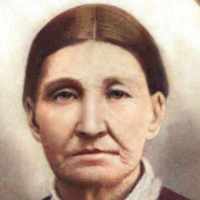 The Life Summary of Parthenia

Put your face in a costume from Parthenia's homelands.

English: habitational name from any of numerous places so called. Most are named from Old English uferra ‘upper’ + tūn ‘settlement’; others have Old English ōfer ‘riverbank’ or ofer ‘slope’ as the first element.

The James Holt Family in Nauvoo 1842

Today we celebrate the birth of my 3rd Great-grandfather, James Holt. Here is an interesting article by Maurine Carr Ward about him and his family members, who lived in Nauvoo when the 1842 Census wa …