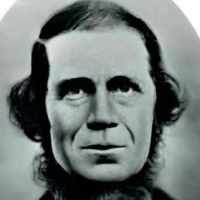 The Life Summary of Isaiah

Put your face in a costume from Isaiah's homelands.

Isaiah, the third child of Benajah and Eunice Button Campbell, was born 27 April 1820 at Ridgeberry, Bradford, Pennsylvania. he was one in a family of eleven children. His brothers and sisters …