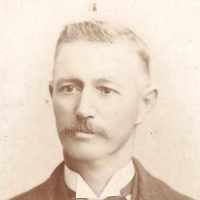 The Life Summary of William Jeffs

When William Jeffs Ince was born on 14 July 1844, in Hemel Hempstead, Hertfordshire, England, United Kingdom, his father, Thomas Ince, was 37 and his mother, Ann Jeffs, was 29. He married Margaret Davies on 22 January 1865. They were the parents of at least 3 sons and 6 daughters. He lived in Cottonwood, Salt Lake, Utah, United States for about 20 years. He died on 13 June 1921, in Buhl, Twin Falls, Idaho, United States, at the age of 76, and was buried in Holladay, Salt Lake, Utah, United States.

Put your face in a costume from William Jeffs's homelands.

habitational name from Ince in Makerfield (Lancashire), Ince (Cheshire), or Ince Blundell (Lancashire). The placenames derive from Proto-Welsh ïnïs ‘island’.possibly a post-medieval West Midlands variant of Hints, a habitational name from either of two places called Hints (Staffordshire, Shropshire). The placenames probably derive from Proto-Welsh hïnt ‘way, path’ + Middle English plural -es.possibly a variant with plural or post-medieval excrescent -s of Inn, from residence at an inn or inns, from Middle English in (singular) or innes (plural) ‘tavern, lodging(s), tenement(s)’. There seems also to have been some confusion with Scottish Innes .